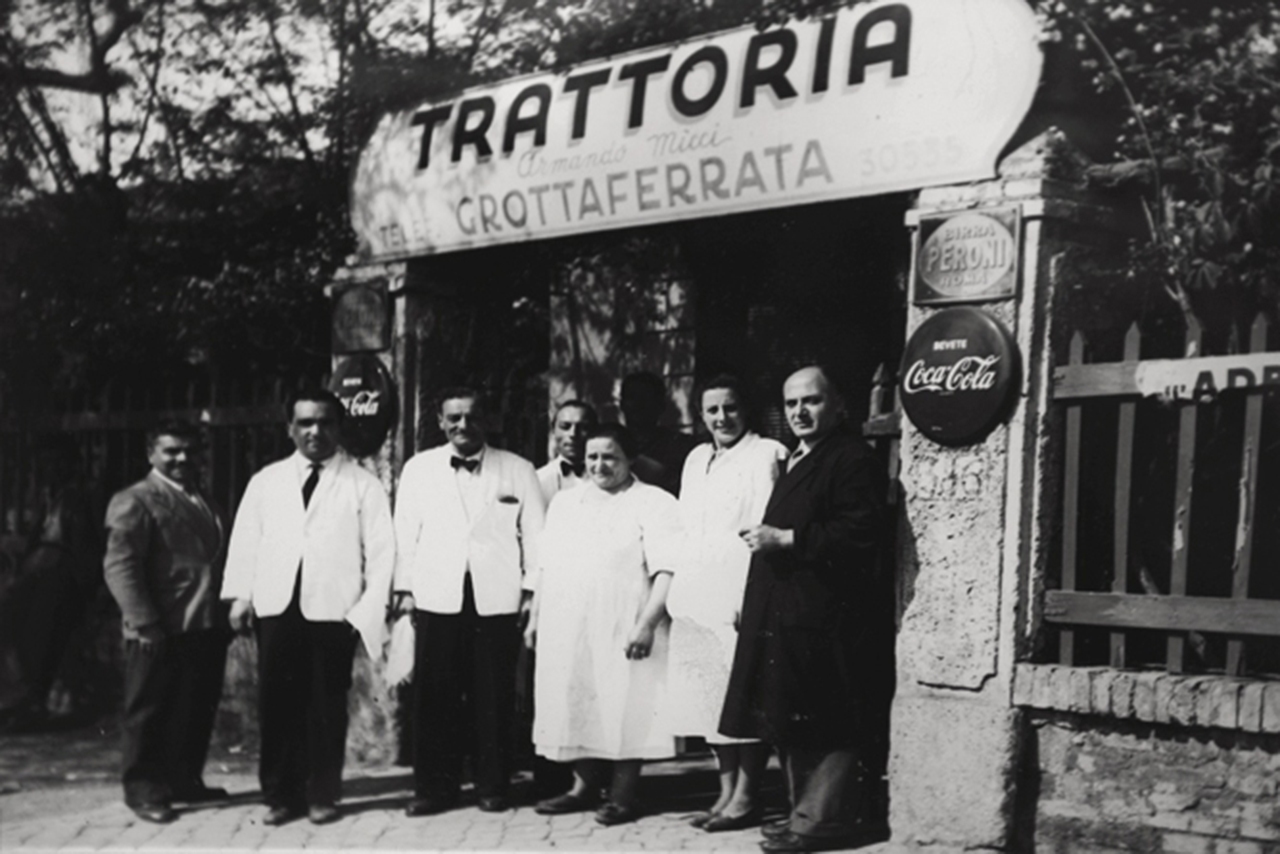 He was born on 4th January 1905. In 1915, he returned to Rome moving from Metz. He found work in a boiler shop, firstly as an apprentice; over time, he took practice in this job and was keeping up this activity until 1935, when the aluminum cookware was preferred to that of copper, because of the price, hence the crisis of this trade began.

In 1959, their activity transferred in Via Andrea Doria n.55 a/b: “Trattoria Pizzeria Micci”.

From “Staffolani a Roma”
by Corrado Danti